Embrace the view - a must!

A 40-meter high mountain with steep slopes down towards the lake Orlunden. From here it is a breathtaking view and the place is popular for picnic outing. The beauty of the place with a little wild nature we have done more tillgängnlig for you without for the sake of destroying the sense of originality. A simple seating area around a recreation place making it easy to socialize in an intimate way with good friends. The parking lot is large enough to accommodate two buses, and the narrow gravel path from this now makes it possible for you to access to be able to take you up to the lookout post. The tale of precipice Valhalla: Valhalla is a mythical place where the cliff plunging 40 meters into the lake Orlunden. All around is the beautiful beech and oak forest. Already in 1709 it was possible in ancient writings read about Swarta Warhallen at Orlunden in Jämshög. The mountain is also called in the vernacular for Valhall precipice, because in ancient times served as the precipice of the old and sick. In Blekinge Bygder (1985) we read: "Do you know a fan of very old times to get to the precipice Valhalla. Ättestupa allows Gentile. It sets the imagination in motion. They moved back to the old Aesir times when valkyries retrieved the fallen heroes and brought them to Valhalla, which according to the peasantry believe in ancient times served as a precipice. When coming up on the mountain top one becomes completely charmed by the wonderful views of sea and land. But do not go near the cliff if you suffer from vertigo. The rock dips 40 meters and probably it must have been required courage to throw down. But for an old man seemed to think better than dying in deathbed. It is possible that he also got help from a relative on the last earthly journey, which would take him to Valhalla, the longed-perpetual-world with its joys. How the families felt when they saw the old disappearing into the depths, one can only guess. Some qualms they had certainly not, but thought maybe they made ​​a good deed done to the old man. They knew that their lives might end up the same way. " 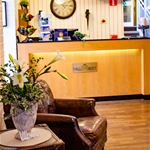 Odległość: 12,9 km
Our camp sites for tents and campers in Mörrum are located right by the riverside in a beautiful setting.
Zarezerwuj 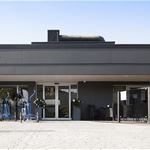