The church of Eringsboda was built 1847-49 according sketches of J A Hawerman.

The church is a rectangular house with white walls and standing panels.

The church was restored 1932 by the architects E Graebe and P Boberg, a small part of the church was demolished. Another restoration took place in 1967. Most of the interior is unchanged.

Odległość: 29,2 km
Stay at a magical 200 year old mansion right next to the Baltic Sea, which today is a Seminar, Event- and Guesthouse and is surrounded by a beautiful nature reserve.
Zarezerwuj 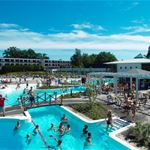 Odległość: 27,3 km
Welcome to Ronneby Brunn Hotel! The hotel is in South of Sweden in Ronneby, Blekinge and is one of Scandinavia´s best known conference, meeting and tourist facilities centre. The hotel itself is located in the Ronneby Brunnspark, which was chosen to Sweden's most beautiful garden in 2005. There are endless possibilities for business, recreation, leasure activities and sightseeing. The hotel is only 6 km from Ronneby Airport, 2 km from the railway station and close by to the E22 motorway, which offers excellent connections to the rest of Sweden.
Zarezerwuj 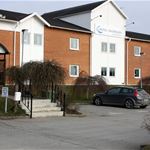 Odległość: 31 km
Welcome to Hotel Angöringen in Karlskrona! Visit the new Naval museum, Rosenbom or the islands in the archipelago. By the Hotel you will find Statoil petrol station, open 24 hours a day. Where you can buy food and newspapers. Walking distance to McDonald´s and a handicraftshop. Two kilometres from the hotel are two shopping malls, a toy shop and so on. In the Hotel Angöringen there are 38 rooms with shower, WC, telephone and TV. Room for desabled people. Buffet breakfast
Zarezerwuj
Build: 2020-08-06 22:43:14, Host: online3core17, DB: o3.cbguide-5734.cbischannel-309.v1 online3data04.db.citybreak.com:8080, Controller: Activity, Action: showdetails